The Philippines MADE IN HOPE June Tour!

This June, I will be singing in the Philippines where I will join in ministry with my dear friend, Michelle Sheba Tolentino.  Michelle is a formerly sponsored Compassion child who has started an organization called MADE IN HOPE, which releases women and children from trafficking and prostitution.  Michelle and I have prayed for a number of years, waiting for an opportunity to minister together.  She asked me to join her this summer, to lead worship at a women's conference, "Beauty from Ashes," and to also do concerts for young people in the Philippines.  I am anticipating this trip with great joy and eager expectation, waiting to see how God will give me a new heart and vision to serve the vulnerable and to share hope with women and youth in desperate circumstances.  Please join with me in prayer, that God will prepare my heart, give me the songs to sing, and that ultimately He will be glorified.  Please check out www.madeinhope.org as well aswww.facebook.com/madeinhope.  Just  yesterday, the Lord gave me a brand new song called "HEALED," which is for all women who have been physically or sexually abused.  I am praying that this song can be a voice of truth to these young hearts.  We also will be sharing the soon-to-be released single, "ANTHEM OF HOPE" throughout the Philippines.  To cover the costs of this trip, I am relying solely on CD sales...please consider purchasing a CD or a few CDs to give as gifts...you'll also be giving me the gift of an expensive plane flight to Manila! ;)


Christ wore a crown of thorns so that we might wear crowns of righteousness and beauty...May you taste the wonder of life in Christ! Have a blessed Easter!
-Caitlin Jane 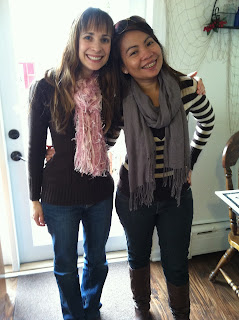 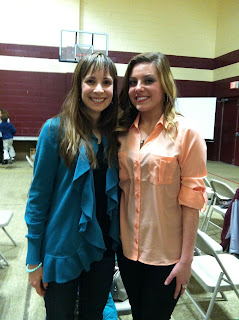 Meet Morgan Burris- Miss Delaware's Outstanding Teen.  Beauty queen.  Eyes that sparkle...but a heart that shines even brighter!  This young woman has become a friend of mine over the past few months.  We met at the Delaware Right to Life Banquet in the fall, where she sang and shared her amazing Broadway-quality voice, stunning the crowd.  We've also bumped into each other at other singing engagements and interviews, and her smile is not your typical beauty queen's smile....it's an authentic, genuine smile that goes much deeper than the surface.  I had the privilege last Thursday evening to go to her benefit event & concert for Reece's Rainbow, where this teen shared her talents, her heart, and her passion and helped raise tremendous financial support for this ministry which places down syndrome children around the world with loving adoptive families.  Her platform is ADOPTION: A LOVING OPTION.  Morgan and her brother were both adopted as babies and her family has had eleven foster children in their home through the years.  When you meet her parents and grandparents, you can see why this young woman wears not only a crown of jewels, but a crown of inner beauty, tender compassion toward the most vulnerable, and humility that cares more for others than her own interests.  Morgan also passionately advocates and volunteers for Birthright of Delaware and Bethany Christian Adoption Services on a national level.  I just had to introduce this bright and beautiful teen to you all, because she's someone worth knowing about, and I believe with all my heart her voice will take her to national stages, while her loving heart for Christ and for people will launch her to continue being Jesus' hands and feet for those who have no voice and no home.  You can find out more about Morgan at www.mdoteen.org or www.mdoteen.blogspot.com.

Fairwell Pope Benedict XVI...and a song to celebrate the gift he left us 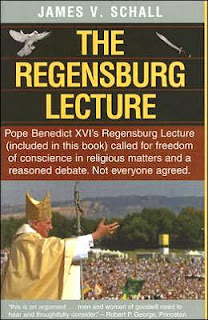 It was just over two years ago in cold November when I was reading a book by James V. Schall called The Regensburg Lecture. This insightful reflection of Pope Benedict's famous lecture given in Germany in 2006, which called for freedom of conscience in religious matters, spoke to me in a most profound way. So much so, that I came home from Christmas tree hunting with my family, saw a stream of geese in the sky, and went to my piano with an entire song spilling over, stirred by the words of both the Pope and Mr. Schall.  The themes addressed in the lecture offended much of the world.  The thing about truth is…it is often offensive.  Unfortunately, people want to look at truth with subjective eyes rather than objective eyes.  This cannot be, unless we really do live in a relative world which holds no truth, no anchor, no reason.
I won’t try to summarize the lecture, nor the book, here in this blog. I will, however, encourage you to get the book and read it.  What better time than now, with Pope Benedict’s exodus and the waiting for the new head of the Roman Catholic Church.  You may not be Catholic, and you might say “Why would I care?”  Well, I’m not Catholic, and I care.  The words of the Pope affect people over the entire globe, and if you deny the influence of this church’s institution in our everyday life and world, then I’m not sure what to tell you.  I am praying for the Catholic Church, that God will have His hand upon the selection of the new pope over the next few days and weeks.  I believe Pope Benedict XVI was a man of God, with an intellect beyond most and a humility before the Lord, from which we could all learn.  I hope and pray that the next pope is such a man, honoring Christ and leading millions to the throne of grace and salvation and truth.


So what inspired me so much in this lecture and this book?  It was brought to my attention, maybe for the very first time, the incredible attribute of God’s reason.  The God of Abraham, Isaac, and Jacob is a God of order, beauty, and coherence.  He is not so transcendent beyond knowing, but rather a God who is in relationship and longs for us to know Him for who He is.  The early Greek church began to seize hold of this reason and cherish it.  The Word of God is the quintessence of reason.  Logos is logic, truth, wisdom.  As Schall puts it, “The origin of world is, in fact, Word. This statement is…an affirmation of what God is…The expectation that God will not violate reason is based on the view that He will not contradict Himself…”
Many people worship gods whom they see as transcendent, far beyond their reach, who would demand unreasonable, even violent acts, from worshippers.  The triune Christian God is not this way. Yes, the Christian God is transcendent, “far above all rule and authority, power and dominion, and every title that can be given, not only in the present age but also in the one to come” (Ephesians 1:21) However, He is a God who is intimate, so close to us that He took on flesh and bore the violence of the world upon His own shoulders, so that we would not have to sacrifice or pay the penalty for our sin.  By his wounds we are healed.  He demands peace, not violence.  He demands love for our enemies, because we who were once enemies of God, alienated from Him by our transgressions, are now called friends of God, by the power and work of the cross and resurrection!  This God of reason is the God I rejoice in worshipping!  During this season of Lent, leading to Easter, let us reflect upon the order, beauty, majesty, intimacy, goodness, and peace of our Lord Christ, the One who was and is and is to come! 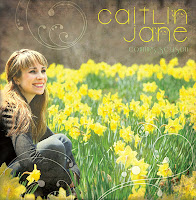 
One thousand geese fill the air, I’m there, I’m there
This line feels like a circle, do you care, you care?
Flying south for the winter, in escape, escape
Like soldiers coming home in sweet parade, parade.


When we find out what we thought we had is gone, so long.
Simple misunderstandings take a turn so wrong
Sometimes transcendent isn’t what is true or right
Revelation is here for those who seek this night.
Is the God to whom we pray too far, too far?
Or is reason and goodness His fine art, his art?
Does the city await us here or lands, lands away?
Where peace is the presence of unconfined estate.


When we find out what we thought we had is gone, so long.
Simple misunderstandings take a turn so wrong
Sometimes transcendent isn’t what is true or right
Revelation is here for those who seek this night.

This is my November in Regensburg
Dare to Hellenize us
Word become flesh
Dwell ye here among us
Hope is searching for Logos
Realize the of order in this mess
Draw a thin line of pencil where our lives are born
Act like all is content, yet you are actually torn.
In this forum of knowledge, all that is found makes us fools.
Turn our nonsense to wisdom in desert mirror pools
When we find out what we thought we had is gone, so long.
Simple misunderstandings take a turn so wrong
Sometimes transcendent isn’t what is true or right
Revelation is here for those who seek this night.